General support regarding TimeTrex, such as
configuring policies/taxes or processing payroll.
Post Reply
2 posts • Page 1 of 1

When I set up TimeTrex, I made a mistake and set my employee up as though she owed Michigan income tax because we are in Michigan, but she is a military spouse so she actually owes income tax in Georgia, not Michigan.

On her first pay stub, I deducted $12.75 for Michigan income tax. For the second pay stub, after I realized what had happened, I did a pay stub amendment to refund that $12.75. On her final pay stub of the year, it shows that her YTD amount of Michigan State Income tax is " - "

Then under Taxes & Deductions, I set her up for Georgia state income tax.

Aside from White-out, how can I get Michigan tax - and wages - off her W-2? She didn't earn Michigan wages because she's a Georgia resident (I verified this with the Michigan revenue people). 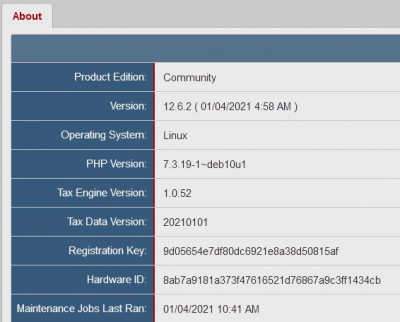 Re: W-2 income tax does not match pay stubs

I found a workaround: I simply deleted MI - State Income tax from the Tax / Deductions tab. Pay stubs with addition and subtraction remained unchanged, but the "MI State Wages / Tips" line was gone from the W-2. This would probably not work for organizations with more than one employee, but it worked for me.
Top
Post Reply
2 posts • Page 1 of 1