It would be great if there was a way to flag schedules as complete and confirmed, rather than being viewable by employees as the administrator is working on them.

For example, I create a schedule manually every two weeks for the following two weeks. I might start working on this schedule a week before it's actually due to be posted. My employees are able to view this schedule as I'm making changes, so it would be great if there was a way to let them know it's still a work in progress (ie. a red dot or check mark at the beginning of the week if it is still open for editing, which changes to a green dot when it has been confirmed and is no longer open to changes. Ideally, admin would still be able to make changes, but employees would know it's basically set in stone when the green dot is posted).

I have no idea if something like this is possible, but it would be really handy! 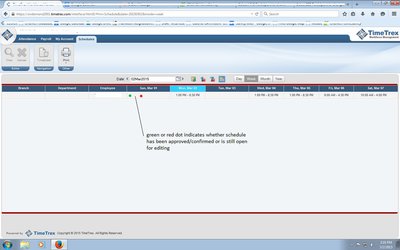